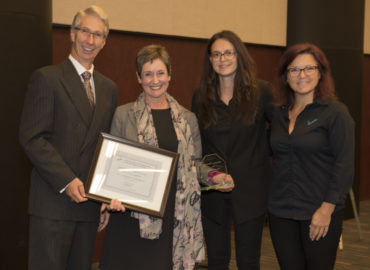 Presented at the OTTIAQ annual conference

This award, created in memory of the founder of the Société des traducteurs du Québec, honours extraordinary or lifetime achievements in the language professions.

The Order wished to innovate by extending this honorary distinction to members and non-members alike. Offering this award raises the Order’s public profile and helps cultivate the image of language activities outside its own sphere.

Note: All OTTIAQ members, except for members of the Awards Committee, may personally submit a nomination.

Example of a nomination file (PDF)

The recipient of the 2019 OTTIAQ Joseph LaRivière Award of Merit was Suzanne Villeneuve, Certified Interpreter.

Presented at the OTTIAQ annual conference

Honorary members are selected by the Order’s Board of Directors in recognition of their outstanding service to the profession or OTTIAQ.

Must meet one of the following criteria:

In 2019, Johanne Boucher, Certified Translator, was made an honorary member of OTTIAQ. 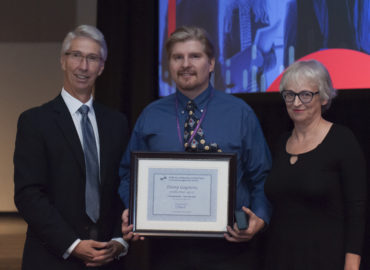 The Claire Stein Volunteer Award was introduced to honour Order members who distinguish themselves through volunteer work. The award was renamed in 2004 to pay tribute to Claire Stein, who chaired the Awards Committee for many years and contributed significantly to OTTIAQ as a volunteer.

Outstanding service to OTTIAQ or a specific outstanding action

Past or present volunteer work on a committee, working group or other OTTIAQ body

Example of a nomination file (PDF)

The recipient of the 2019 Claire Stein Volunteer Award was Dany Gagnon, Certified Translator. 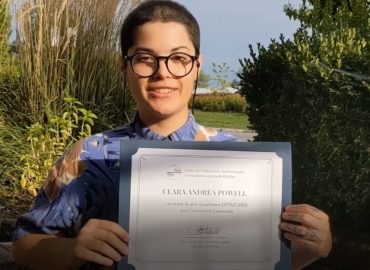 Presented at the Conference cocktail

Universities must initially base their decision on the student’s grade point average. In the event of a tie, they must use other criteria such as the student’s motivation, involvement and dedication.

Recipients of the 2021 OTTIAQ Award for Excellence: 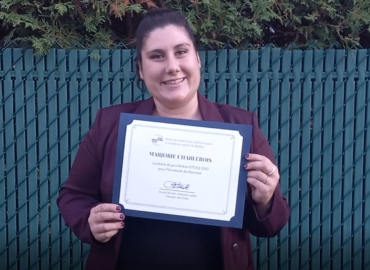 Presented at the Conference cocktail 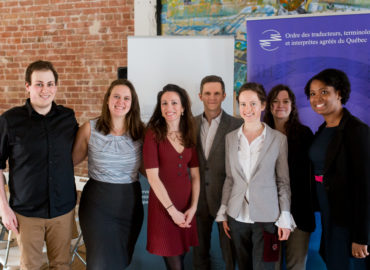 Presented at Mentorat express, an event organized by the Young Professionals Committee

The OTTIAQ Young Entrepreneur Award recognizes the initiative of a young language professional who has stood out in the past year by launching or developing an entrepreneurial language project, whether it be an offering of products or services, or even a business (company, cooperative, non-profit organization, association, etc.).

Only one nomination can be made per project. If several partners participated in the project’s creation, only one of them can be nominated for this award.

Submit nominations to jtrudel@ottiaq.org before February 15, 2020.

At Mentorat express, an event organized every year by OTTIAQ’s Young Professional’s Committee.

This award is presented by the Québec Interprofessional Council (CIQ) to recognize a professional’s notable contribution in terms of their:

Information sheet on the CIQ Award of Merit (PDF) 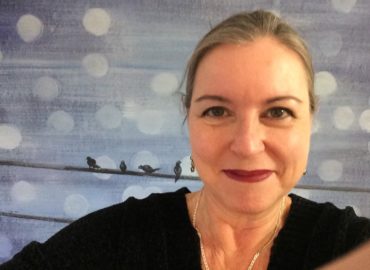 The Micheline Simard Short Story Contest is in memory of a passionate colleague who created the contest in 2002. She was so passionate, in fact, that she funded it herself. Micheline passed away in 2007, and OTTIAQ decided to continue the contest, naming it after her and donating an amount of $200 per year. The contest takes place every year.

Short stories are submitted to a bilingual jury made up of five people. The odd number ensures that a winner can be chosen if there is a tie.

Criteria for submitting a short story:

To these very official rules are added the jury’s whims:

English version: “I am leaving Amsterdam.”

Otherwise, you have free reign.

Please submit your text by email by June 1.